Willow Palin, of Sarah Palin’s Alaska fame, was busted for speeding in her family’s Escalade. How fast was she driving?

Another Palin is in the news, and today it’s Willow Palin, the daughter of former Alaska governor Sarah Palin. The former vice-presidential candidate’s 16-year-old daughter, who was on Sarah Palin’s Alaska, was busted going over the speed limit — by 19 miles per hour. 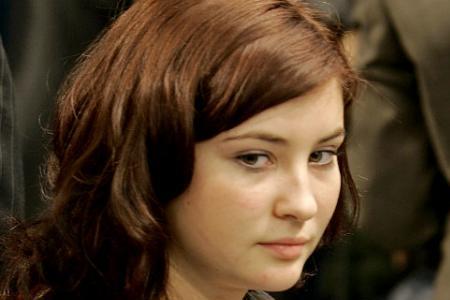 Willow Palin was driving her family’s black Cadillac Escalade SUV in her home state. She was stopped for doing 84 miles per hour in a 65 zone. Yes, we’d say that’s speeding.

The fine really doesn’t sting that badly, especially due to the now famous Palin family’s bank account. TMZ reports that “she was issued a ‘minor offense’ citation for $162 and let go without further incident.”

We guess this is better than Willow’s previous news attention for using homophobic slurs on Facebook. Plus, who isn’t guilty of speeding?

Willow’s bigger and more famous sister, Bristol Palin, was recently given her own reality show on Bio. We’re pretty sure we’ll be hearing about the Palins for a long time if news of Willow Palin’s speeding ticket is actually, you know, news.