Celebrity chef Gordon Ramsay is being sued by his mother-in-law for being in breach of employment laws. 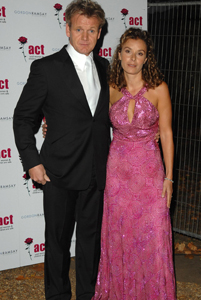 Think your mother-in-law is a nightmare? Be glad you’re not Gordon Ramsay: His is suing him!

It all boils down to the fact that Ramsay is allegedly a truly terrible boss. No surprise to those of us who have watched him in action on Hell’s Kitchen, right?

According to the Daily Mail, Greta Hutcheson is planning to sue Ramsay for unfair dismissal, breach of working time regulations, failure to pay overtime and breach of contract.

And it’s not just the monster-in-law who’s gearing up for a legal battle: Her son and grandson are bringing claims on the same grounds.

What brought all this on? Last year after a spectacular falling out, Ramsay fired his father-in-law, Chris Hutcheson, the very man who was the financial brains behind Ramsay’s business empire.

Left in the middle of the family feud is Ramsay’s wife Tana, who was cut off from the rest of her family when her mother sent her a terrible letter giving her an ultimatum.