Rick Springfield threatened to kill a cop and his family during the singer’s DUI arrest earlier this month! 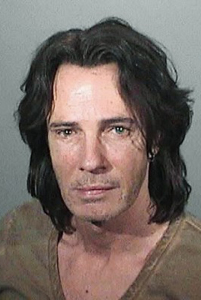 Who knew Rick Springfield was such a dangerous criminal? Word has leaked that the Jessie’s Girl singer threatened to kill a cop and the cop’s family when he was being arrested for a DUI earlier this month.

Here’s how it went down: Springfield was arrested for DUI on May 1 in Malibu while driving a $200,000 1963 Corvette Stingray. When the sheriff’s deputy told him his car would be towed, Springfield completely lost it. Law enforcement sources told TMZ the singer began yelling Mel Gibson style, “If you tow my car I will [expletive] kill you and your family.”

No mention of the incident appears in the arrest report, which merely states the singer was “belligerent” — and sources say the deputy was pressured to leave it out by his captain. This sheriff’s station just happens to be the same one that rewrote Mel Gibson‘s 2006 arrest report to leave out his anti-Semitic rants, which eventually leaked to the press anyway.

What does Springfield have to say about this? His people aren’t denying it. His rep told TMZ, “Someone has leaked information illegally. It’s a sad reflection on society today that people in law enforcement who we look up to, pander to the celebrity gossip channels.”

Springfield blew a .10, just above the legal limit. The DA’s office is still deciding if they will charge him with DUI.