The GLAAD Media Awards invaded San Francisco Saturday night and among those honored were Kim Cattrall and The Kids Are All Right. 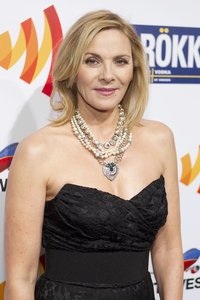 Glee’s Naya Rivera played host to the GLAAD Media Awards on May 14, which honored Kim Cattrall and The Kids Are All Right. Rivera, whose character on Glee is coming to terms with being a lesbian, said, “I am here to tell you that playing gay is good in every way. And that hopefully the huge increases in gay and lesbian characters will lead to more diverse and transgender-inclusive storylines.”

Kim Cattrall was presented with the Golden Gate Award, which honors a media person who has helped boost the visibility and understanding of lesbian, gay, bisexual and transgender communities.

The other big winner of the night was the Oscar-nominated film, The Kids Are All Right. The movie, featuring Annette Bening and Julianne Moore as lesbian moms, was honored with the outstanding film award.

Other winners included AT&T as a corporate leader, while tech writer Kara Swisher received the Local Hero Award. The GLAAD Media Awards also paid tribute to 8: The Mormon Proposition in the documentary category.

What did you think of all the recipients of the GLAAD Media Awards? Did you have a favorite, or do you think they were all equally deserving?