There’s a lot of action in the Redbox, DVD/Blu-ray scene and OnDemand releases for the weekend of May 13, 2011. See what to pick up if you want to spend the weekend with Justin Bieber, Ryan Gosling, Michelle Williams, Jeff Daniels, Melanie Griffith, Ray Liotta, Natalie Portman, Ashton Kutcher or Cary Elwes. 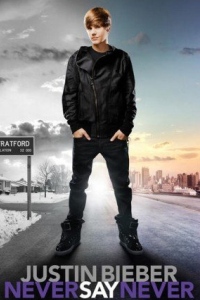 The biggest DVD/Blu-ray news this weekend is that Justin Bieber: Never Say Never is hitting home theaters May 13. The teen phenom’s biopic is sure to give every movie on the shelves a run for the money. Those with Bieber Fever won’t hesitate to take it home, but this is also a chance for all you closet Beliebers to watch the inspirational story of Bieber’s journey from YouTube sensation to world domination.
The movies currently winning the DVD rental battle are recent releases The Green Hornet, Little Fockers, The King’s Speech, Black Swan, The Chronicles of Narnia: The Voyage of the Dawn Treader, Yogi Bear, Due Date, The Tourist, Skyline and TRON: Legacy, but there are new contenders vying for your attention this weekend.

No Strings Attached takes on the age-old question of whether best pals can survive becoming friends with benefits. In this romantic comedy, Natalie Portman, Ashton Kutcher and Cary Elwes learn sex may not be enough to satisfy one’s romantic urges. 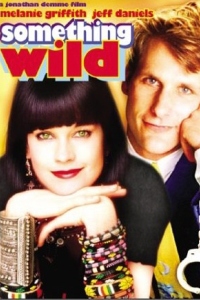 For a sexy, madcap ride with great music, check out Jonathan Demme’s 1986 comedy Something Wild, starring Melanie Griffith, Jeff Daniels and Ray Liotta. Just released on DVD/Blu-ray, the hip tale follows the adventures of wild child Lulu and the yuppie she kidnaps to play her faux hubby on her road trip back home. Trouble ensues when her dangerous ex shows up.

In other retro notes, Top Gun also got a Blu-ray rerelease this week!

For a thriller, Cuba Gooding Jr., Cole Hauser and Jonathan LaPaglia star in The Hit List, a gritty tale about a man who writes up a drunken hit list with a stranger and then must save the people he’s turned into victims.

For international hits, check out the French animated dramedy The Illusionist, the British horror flick Black Death, the Russian drama How I Ended This Summer or the Korean crime drama I Saw the Devil.

Those who get OnDemand movies with their cable should be sure to check out those new releases: OnDemand often gets the drop on DVD releases by days or even weeks, but which movies are coming early to you depends on your cable company.

Next week’s May 17 releases include The Roommate, The Rite, Daydream Nation, The Mechanic, The Other Woman, That’s What I Am, Vanishing on 7th Street and I Want Your Money.