Actor Tom Sizemore has been questioned over the disappearance of a girl that police say has been living sporadically with the actor. Police say he is not a suspect and continue their search for the 25-year-old girl that has been missing since March 31st. 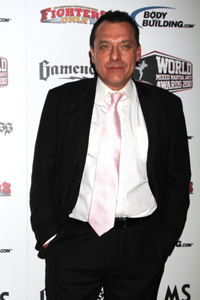 Megan Lacy Wren had apparently been “living off and on” with actor Tom Sizemore before her disappearance on March 31st. Sizemore, who has had a history of drug abuse before getting clean on Celebrity Rehab, has been questioned by police but they say he is not a suspect.

The girl’s father, Bill Wren, told People that she had “struggled with substance abuse” and was recently hospitalized after a staph infection and they are extremely worried. The family told police in a statement that they are “very concerned about Megan’s unexplained disappearance, especially given the fact that she has a serious medical condition and is in need of medical care.”

Although her father says that she was working as Sizemore’s assistant, Sizemore’s manager, Charles Lago, describes a much different scenario of a girl very much lost and in need of help.

“Tom has nothing to hide. They were not romantically involved. She was not his assistant and didn’t live at his place, either. Megan could’ve never been his assistant, it’s too demanding a job, and she was getting progressively worse due to heroin addiction over the last 18 months,” he says.

“Tom’s been clean and sober for two years, and he knows what it’s like to struggle with addiction. He’d been trying to help her.”

Lago said Sizemore met Wren in his building because her aunt also resides there, and they became friends. “I used to kick Megan out of his apartment every time I saw her,” Lago said. “I’m his manager, and my job is to look out for Tom’s welfare. He’s a very generous guy, so he was trying to help her. I would say to him, ‘Tom, she needs to leave.'”

His manager says that Sizemore is “very concerned” and has been in touch with her family, but has “no idea” what happened to her. “Friends in that building said Megan disappeared all the time. Tom’s too busy to have kept tabs on her; he’s constantly working on film shoots.”