Alicia Keys is fed up with being called a homewrecker. The songstress would like everyone to know once and for all that Swizz Beatz was single when they hooked up. Wonder if Swizz’s ex-wife would say the same?

Alicia Keys, now married to Swizz Beatz and the mother of their son Egypt, is trying to move on from the homewrecker image she believes has been unfairly cast upon her. Professing her innocence, Alicia Keys tells Essence magazine, “We didn’t start seeing each other until months after they had separated.” 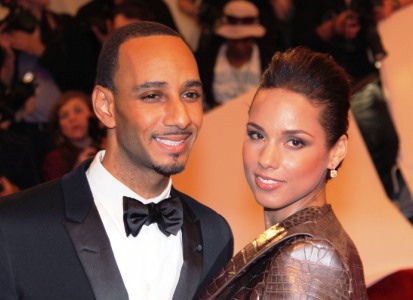 The media hoopla exploded when Mashonda Tifrere, ex-wife of Swizz and mother of their son, wrote an open letter to the press saying Alicia had “assisted in destroying a family.” Mashonda and Swizz’s divorce was finalized in May 2010. Less than a month later, he and Alicia announced their engagement.

“I was aware of all the false things that were being said about me, it definitely hurt,” says 30-year-old Alicia, who remained mum during the height of the drama. “I was sure that if I engaged it would become back-and-forth like some sick entertainment, which goes against everything I believe and would have made things worse.”

Amazingly, Alicia now says that she, Mashonda and Swizz (who also has another child conceived during his marriage to Mashonda — you can see why she was mad, right?!) have turned the corner and are able to be friendly. Mashonda recently posted thanks for her “beautiful blended family.”

Alicia says her husband is “very present in his children’s lives.” She continues, “I wouldn’t be able to love him any other way. We are doing what is best for the children.”

Life is looking up for the Grammy winner, who describes her love for Swizz as “a whole other level of magic.” She shares, “I was very closed for a long time. But I feel so open now. To feel open like this means you’ve found the center in yourself. You’re not hiding; you’re not worried about anything.”

Hoping her homewrecker image is now firmly put in the past, Alicia Keys predicts, “Everything’s going to be just fine.”