Paul Bettany as Priest is an astounding study in capturing a character. Witnessing Bettany at his Clint Eastwood Western meets Mel Gibson in Road Warrior best is outstanding in Priest.

Unfortunately, the entire Priest package misses the mark while simultaneously leaving us yearning for more in the film from TokyoPop’s graphic novel series composed by Min-Woo Hyung — which is a good thing considering the material is so rich. 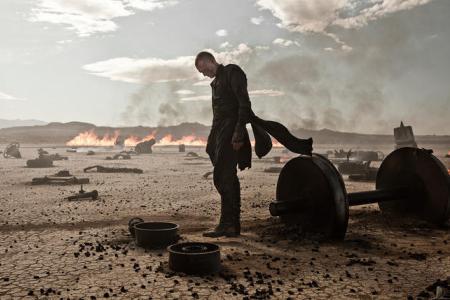 Priest is in 3D and its introduction sequence not only establishes the storyline but serves as a visual marvel for all graphic novel fans seeking their passion play’s jump to the big screen.

Then, the film veers into territory that overwhelms and simultaneously underwhelms.

Priest is the story of a world unlike any audiences have previously seen. And for that, it is impressive. Director Scott Stewart and his design team have created a Blade Runner meets Road Warrior feel. Paul Bettany is Priest, a former leader of an army of priests trained by the church to put the final nail in the coffin that is a centuries-long battle against vicious vampires. The priests have supernatural powers and are the only thing that has kept the human race from complete annihilation. 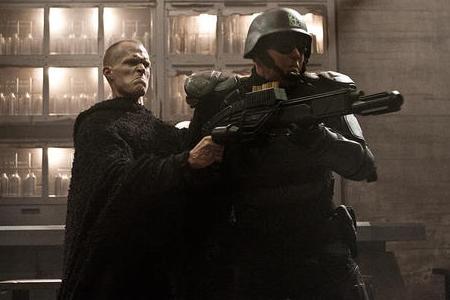 After Paul Bettany and his team of priests (including a kick-ass Priestess played by Maggie Q) kill or capture all of the vampires, they are forced to return to society without fanfare, hope for a future or any appreciation whatsoever. If anything, after the vampire war, they are treated as pariahs by society and the church that rules it.

When Bettany gets word that his niece has been kidnapped by vampires led by a menacing character named Black Hat (Karl Urban), he goes to the church elders (led by a fierce Christopher Plummer) and tells them the war is indeed not over and the priests need to be reinstated. Plummer refuses to help and Bettany heads out into the post-apocalyptic world with only his niece’s boyfriend Hicks (a stellar Cam Gigandet) to get her back and stave off a vampire uprising.

The Priest story premise and visuals are promising, but unfortunately the film does not deliver. There are gaping holes in the plot and at times Priest drags when it should be pedal to the medal. The action sequences are impressively shot, but like the rest of the film, they are slightly missing the mark. 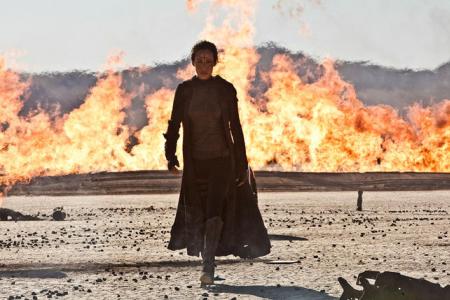 Maggie Q stands out with a subtle, yet powerful performance as Priestess. And even if the movie is faulted, this is Paul Bettany’s film. The actor summons a seriousness that recalls Clint Eastwood at his Western best. Bettany is electric in every scene. It is simply a shame that the film doesn’t measure up to his career-best turn (and that is saying something from the actor who has dazzled in films from The Tourist and Creation to Master and Commander).

Read on for more Priest