After 25 years of marriage, political power couple Arnold Schwarzenegger and Maria Shriver announced their separation last week. What caused the rift? We have the details. 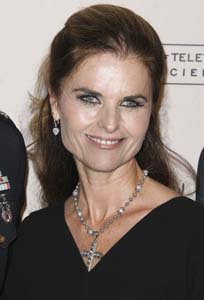 What causes a couple who has, on the surface at least, been happy together for 25 years to suddenly split? Friends of Maria Shriver and Arnold Schwarzenegger say, despite outward appearances, trouble has been brewing in this marriage for a very long time — and it started when he began his political career.

Shriver and Schwarzenegger announced their split last week. A source close to the former first couple of California told RadarOnline that Maria deeply resented the fact that she had to give up her beloved career as a journalist for him, but he has not been willing to sacrifice anything for her.

“Maria loved her job, period. She had been a journalist for almost 15 years. She had to give it up, and Maria has felt that Arnold has never made similar sacrifices for her. Yes, she became First Lady of California, but it wasn’t a job she picked. She enjoyed the role, but missed her career that she chose,” the insider said.

Shriver had to give up her job at NBC when Schwarzenegger became the California governor.

“Maria thought she would have been allowed to remain at NBC after he won, and just not cover anything related to Arnold. However, it became apparent that it was just too much of a conflict of interest for her to remain. Maria was devastated, and Arnold never seemed to appreciate what she gave up for him,” the pal said.

Not to mention the fact that rumors of sexual impropriety, if not outright affairs, on the part of Schwarzenegger during his weightlifting and Hollywood days dogged him at every turn. Maria stood by his side and defended her man at the time, but now that he is plotting a return to Hollywood she is not eager to revisit those days.

“She’s been thinking about separating for a while. She just needed to wait for the right time,” another source said.

And there it is, a story as old as Hollywood: Woman loses herself in her husband’s life, major life crisis (or crises as in Maria’s case, with the multiple family deaths she experienced in quick succession) prompts life reevaluation, woman dumps dude and regains her self. Here’s to finding happiness.