Did Ashton Kutcher release an interesting tweet that could be the golden Two and a Half Men confirmation we’ve been waiting for? 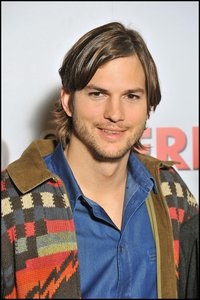 The merry-go-round of actors linked to replace Charlie Sheen on the hit show Two and a Half Men has ranged from Rob Lowe to Hugh Grant and as recently reported, Ashton Kutcher has now been added to that list.

The Internet lit up with searches waiting for any sign of confirmation from Kutcher and we’re wondering if a small mysterious tweet could be the goods. As reports began flooding in that Ashton Kutcher was cashing in on a “huge payday,” the star took to his Twitter with a simple tweet: ” (-; “

A short time later, the man with an affection for Twitter and his followers, released an even more cryptic tweet that could lead us to believe he has signed on the dotted line to join the cast of Two and a Half Men: “What’s the square root of 6.25?”

Think about the answer to that. Okay, we’ll just tell you: It’s two and a half! Is this Ashton Kutcher’s clever way of confirming his casting or is he just playing with the many Internet surfers who follow him on Twitter?

CBS and Chuck Lorre have yet to confirm any casting information but don’t worry, check out SheKnows when the official word breaks. We can’t wait to see how this plays out.