When we met Paul Bettany in Paris to explore his role in The Tourist, the conversation turned to his passion project Priest and the actor lit up. “Priest is something special,” Bettany said. “It has been an absolutely incredible experience to work on.”

Priest is based on a graphic novel by Japan’s Min-Woo Hyung and heads to the big screen in the hands of director Scott Stewart which marks the second time Paul Bettany has worked with the helmer. 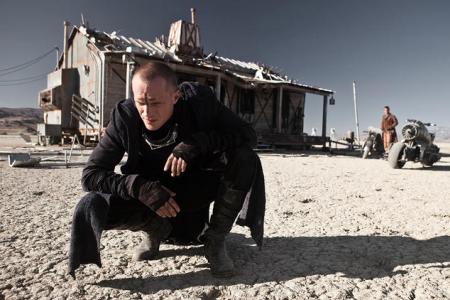 Their Legion is legions away from what we see onscreen in Priest.

The film follows the gifted UK-born husband of Jennifer Connelly and his Priest character in a post-apocalyptic world overrun by vampires unlike those in Twilight, True Blood and Vampire Diaries. The human race has been battling the undead for centuries and they’ve retreated behind cement walled cities. Humans have unleashed every weapon upon the vampires and left the world practically uninhabitable. 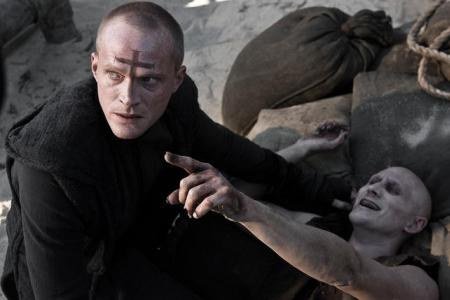 Paul Bettany is Priest, a leader of a highly-skilled group of church-trained vampire killers who use the power of God to strike down the evil scourge that has ravaged mankind. Along with Priestess (Maggie Q) and Hicks (Cam Gigandet), they embark on a perilous journey to rescue Bettany’s niece, Lucy (Lily Collins), from the clutches of Black Hat (Karl Urban), who is the embodiment of the evil vampires seeking to eradicate the human race once and for all.

Read on for more Priest