Sorry, Charlie: Ashton Kutcher is finalizing a deal to take over the lead on Two and a Half Men. 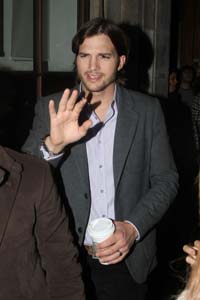 The tiger blood coursing through the veins of Charlie Sheen is no match for a certain star’s boyish charm. Rumor has it that the one and only Ashton Kutcher is finalizing a deal to replace Sheen as the lead on Two and a Half Men!

While CBS, Warner Bros. and Kutcher’s CAA agents declined to comment, sources told The Hollywood Reporter the deal is almost done and that Kutcher is getting a “huge payday” to join the beleaguered sitcom.

Several names have been attached to the rebooted comedy, including John Stamos, Rob Lowe and Hugh Grant — but Kutcher appears to have nabbed it.

How will the show explain the change? Creator Chuck Lorre has apparently come up with a way that satisfies the network, Warner Bros. and hopefully audiences.

“It’s really funny,” said one source. “People are going to love it.”

“I’m starting to become convinced that people put my name in articles just to improve their SEO or hoping I’ll tweet it.”

Kutcher hasn’t had a regular TV series acting gig since That ’70s Show. Can he pull this off?