It’s hard to believe that anyone would take their four dogs to the hospital for the birth of their twin babies, but lo and behold, Mariah Carey has done just that. The diva (is there any other word at this point?) has taken up an entire wing of the hospital, including one room just for her four-legged friends. 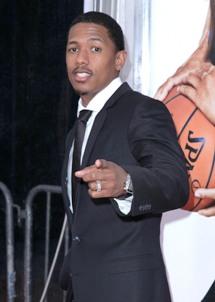 New father Nick Cannon has gone and spilled all of wife Mariah Carey’s diva secrets. Apparently when Mariah went into labor with twins Moroccan and Monroe (who will be called by their nicknames: Roc and Roe), the singer moved the extended family and her dogs into an entire wing of the hospital.

“We took over the entire hospital,” explains Nick. “It was the Mariah wing. We had seven rooms. My mom had a room, the dogs had a room. It’s beautiful because our family came together.”

That’s right — Jack Russell terriers JJ, Cha-Cha, Dolomite and Jackie Lambchop had their own hospital room to piddle and scratch themselves in. Perhaps the four pooches even howled along with Mariah Carey during her labor next door? Nick says that when the contractions got tough, Mariah “was cussing in high octaves. I never heard so many cuss words so high.”

Now that he’s got babies to watch out for, Nick Cannon may see to the end of the dogs’ pampered ways. “I don’t see why the dogs have to be in the house,” the 30-year-old told George Lopez on Lopez Tonight. “My wife loves her dogs, but we have babies now, so get your ass in the backyard.”

What do you think are the odds those dogs will really end up outside?

The twins, born prematurely on April 30, have yet to leave the hospital but Nick hopes they will be allowed to go home very soon. “They’re doing amazing,” the proud father says. “I can’t wait. It could be tonight, it could be tomorrow.”

Seven hospital rooms, going on 13 days now… can you imagine the hospital bill Nick Cannon and Mariah Carey will be getting? That’s enough to make us cuss in high octaves!