Road Trip star and plus-size supermodel Mia Amber Davis has suddenly died at the age of 36. What killed the beauty? 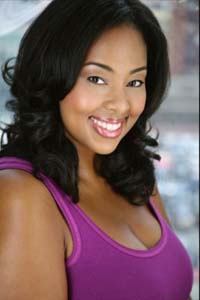 Mia Amber Davis — the plus-sized beauty who seduces the skinny nerdy guy in the movie Road Trip — suddenly lost her life on Tuesday, and the reason behind her unexpected death remains a mystery.

The 36-year-old model/actress, a plus-size model who was the face of the Ashley Stewart retail company and Lane Bryant for years, was in perfect health despite her weight (at six feet tall she weighed 300 pounds when she filmed Road Trip). She had no drug or alcohol problems. So what happened?

Here’s how it went down: Davis had outpatient knee surgery the day before her death. When she got home she began to complain that she didn’t feel well. Her cousin brought her to the hospital the next morning when she began complaining of dizziness, and she died later that day.

“They are going to have an autopsy into the exact cause of her death. The doctors think that it might have been a blood clot,” said her husband, comedian Mike Davis, who was on the other side of the country when his wife died.

“Mia had minor surgery the day before, but when she got home she complained that she was feeling dizzy and sick.”

“She was taken to hospital the following morning before she passed away; her cousin called me in New York and I could not believe the news.”

Plus Size Magazine, where Davis worked as an editor, released the following statement:

“Mia was a supermodel and industry leader because it was her love for the women she represented that kept pushing her when the industry itself did not embrace her… Today we lost our dear friend, plus-size model, industry leader and colleague but we have one more heavenly angel watching over us.”