Maggie Q has always been adept at portraying female characters that are both sirens and seriously dangerous. The proof is in the pudding, whether through her starring role in the CW hit, Nikita, or her fierce portrayal of the character Priestess in the upcoming thriller Priest. 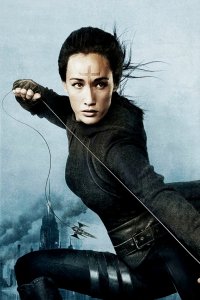 Maggie Q got her start when the American actress headed to Hong Kong in hopes of starting a modeling career.

What began as a successful run in high fashion quickly turned to the legendary Hong Kong cinema starring opposite some of that film community’s biggest stars including Jackie Chan.

In Priest, co-starring Paul Bettany, Karl Urban, Lily Collins and Cam Gigandet, Maggie has the tough task of embodying the sole female member of a vampire fighting army of priests who possess supernatural powers and are also the only hope for mankind’s survival against the surging vampire presence.

Through her performance, she is able to capture the full range of emotions of an everywoman thrown into extraordinary circumstances.

Through Maggie Q’s subtle turn as Priestess, she embodies the character as someone who can feel love, yet not express it while still summoning the power to kick some serious butt.

Maggie met us for an exclusive video interview to chat about the power of Priest, how the film’s director Scott Stewart possessed vision unlike any she had ever been a part of, and why the Priestess character was so appealing for her resilient power and potential to inspire women. 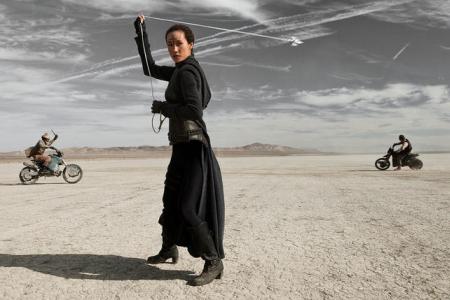