Leonardo DiCaprio and his longtime Sports Illustrated model girlfriend Bar Refaeli have finally called it quits. The two broke up once before. This time, it looks like it’s for good. 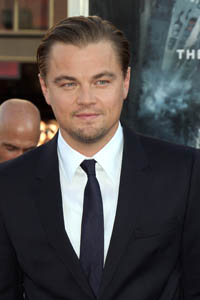 Hollywood heartthrob Leonardo DiCaprio is on the market again, ladies. He’s broken up with his swimsuit model girlfriend Bar Refaeli. Recent gossip reports had been suggesting Leo and Bar were breaking up, and now the two have confirmed they’ve gone their separate ways.

The couple was together for five years, a lifetime in Hollywood years, although they split up in 2009 for six months. Apparently, they’d been going through a “rough patch” lately, one that proved to be permanent.

Sources told the New York Post that no third party was involved — the 36-year-old actor and the 25-year-old model had simply grown apart. According to the source, Leo and Bar weren’t ready to make a lifetime commitment, and that left them with nowhere to go but down different life paths.

“Neither were ready to settle down, and both have busy careers that have been taking them in different directions,” the source said. “It was amicable, they’re still friends and they are still talking. They just grew apart and went their separate ways.”

Still, things hadn’t looked good for DiCaprio and Refaeli for some time. Refaeli was spotted flirting with an unidentified man at a dinner in Berlin this week, and DiCaprio took off for a “boys’ vacation” in Mexico last month.

What do you think? Will they get back together — or stay in Splitsville?