Amidst the death and destruction in the Paul Bettany-starring Priest, love blooms. Cam Gigandet and Lily Collins are star-crossed lovers not only fighting for their love, but also to stay alive with killer vampires running rampant through their post-apocalyptic world.

Cam Gigandet plays Hicks, and after seamlessly moving from roles in Twilight to Burlesque, Gigandet relished the opportunity to lose himself in the Priest role. Lily Collins, fresh from her breakout role in The Blind Side, portrays Lucy Pace, the niece of the Priest himself, Paul Bettany. 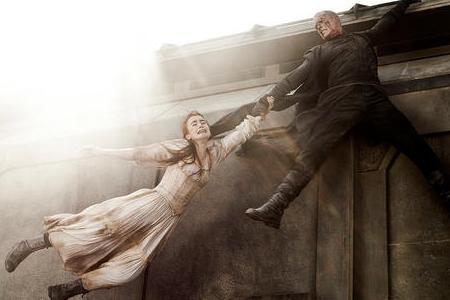 The duo dish the graphic novel turned big budget film and how it was a treasured experience to be part of a movie that is equal parts science fiction, graphic novel adaptation, Western and supernatural thriller.

Priest also stars Maggie Q as a bad-ass Priestess and is the story of a world overrun by vampires who find unlikely heroes in an army of priests. The priests possess supernatural powers and serve as the key to winning the war against the night crawlers. After a raging battle, the priests win and are sent back into society because it is perceived they are no longer needed.

When Paul Bettany’s titular character learns that his niece has been taken hostage by an army of vampires, he must convince the church that the war against vamps is far from over. When they disagree, he goes rogue and sets in motion a series of events that will either annihilate or save mankind. 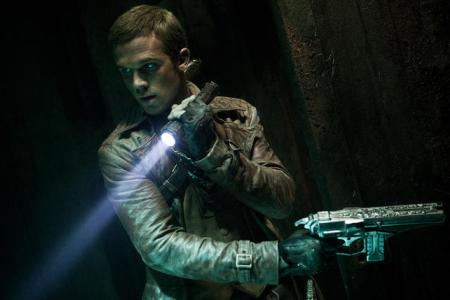 Both actors, not content to sit on their film laurels, have exciting projects lined up next. Collins will appear opposite Taylor Lautner in Abduction and Gigandet is set to star with Nicolas Cage and Nicole Kidman in Trespass.