May 11 marked the first night of the 64th Festival de Cannes and folks are already buzzing about the tasteless death shot of Princess Diana, as well as Robert De Niro, Woody Allen and show stealer Lady Gaga. Angelina Jolie, Brad Pitt, Antonio Banderas, Salma Hayek, Uma Thurman and Blake Lively are already making the rounds at Cannes, with Johnny Depp, Penelope Cruz and more Hollywood players sure to show up. 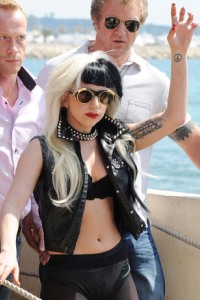 With some of Hollywood’s biggest players hitting France for the Cannes Film Festival, Lady Gaga has caused the biggest scene so far. The diva’s performance for the French show Le Grand Journal brought out a seriously wild crowd outside the Hotel Martinez.

The Chanel Cruise 2012 fashion show pre-event on Tuesday night also made headlines thanks to guests like Gossip Girl Blake Lively and The O.C. alum Rachel Bilson, but Cannes is about the big screen!

After some raves and song in honor of De Niro, Italian director Bernardo Bertolucci (The Conformist, 1970; Novecento, 1976) was honored with the Palme d’Honneur. Then, it was show time.

Woody Allen’s Midnight in Paris was the opening act for the Festival de Cannes. With stars Owen Wilson, Rachel McAdams, Michael Sheen and Lea Seydoux in the audience, the comedy met with sweet reviews. 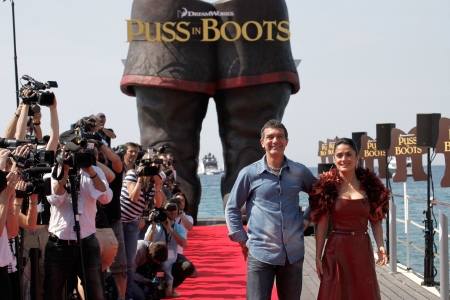 Pirates of the Caribbean: On Stranger Tides stars Johnny Depp and Penelope Cruz are also expected to hit the event before it closes on May 22.

Cannes always has its share of controversy and this year’s big drama is over Unlawful Killing, the documentary about the August 1997 death of Princess Diana that is set to screen on May 13, but won’t ever be released in the UK.

“Unlawful Killing is not about a conspiracy before the crash, but a provable conspiracy after the crash,” actor and filmmaker Keith Allen (Shallow Grave, Trainspotting) wrote in the Guardian. “A conspiracy organised not by a single scheming arch-fiend, but collectively by the British establishment — judges, lawyers, politicians, police chiefs, secret services, even newspaper editors — all of whom have been appointed to their positions because they are ‘a safe pair of hands.'”

“By going ‘undercover’ at the inquest, I hoped to reconcile some of my own suspicions too — but what I experienced was horrifying,” he added. “This film is, in short, the inquest of the inquest.”

While the film aims to delve into the death, it’s getting buzz at Cannes for one shot: A black-and-white paparazzi photo of the dying princess. Taken moments after her car crashed in a Paris tunnel, it’s said to be so graphic it was pixelated for the official inquest, but not for the movie.