With the Up Fronts in full swing, Fox dropped a few 2011/2012 bombshells on Monday. Fox canceled Human Target, Lie to Me, The Chicago Code, Traffic Light and Christian Slater’s Breaking In, while announcing a few pilot pickups. Glee, Bones, House, Raising Hope, Fringe, Family Guy, The Cleveland Show, Bob’s Burgers and American Idol will return for another season. 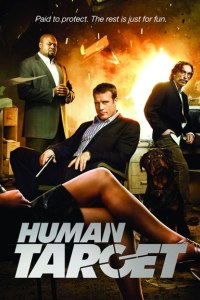 Human Target and Lie to Me seem to have been fighting to stay on the schedule since they were launched, but Fox has officially given them both the axe. Fans who’ve been campaigning for both shows didn’t take the news well.

The uproar even made Human Target a top 10 trending Twitter topic, according to THR, and folks are already talking about what stars Mark Valley, Chi McBride and Jackie Earle Haley should do next.

The Chicago Code lost its fight against corruption, in spite of great work from Jennifer Beals and Delroy Lindo; while Running Wilde replacement Traffic Light just couldn’t find the audience, even if some folks thought it was funny.

Not even an American Idol lead-in could keep wacky Breaking In in the game. With the cancelation of his midseason replacement, Christian Slater’s third attempt at boob tube domination has fallen flat, just like My Own Worst Enemy and The Forgotten did. His costar Bret Harrison has a similar record, with the failed shows Reaper and The Loop already under his belt. 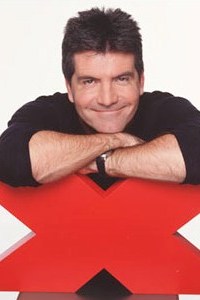 For those who stay up on the pilot scene, a few Fox projects made the cut.

Simon Cowell’s The X Factor is obviously still in the game and so are the J.J. Abrams time-travel-meets-prison-drama Alcatraz, the Bones spin-off The Finder, Zooey Deschanel’s The New Girl (which co-stars Happy Endings’ Damon Wayans Jr.) and Jaime Pressly and Katie Finneran’s I Hate My Teenage Daughter.

Steven Spielberg’s much-hyped Terra Nova, a sci-fi family adventure starring Jason O’Mara that has already seen premiere delays, is hoping to land this fall, but it’s not clear whether it will make that goal.

The Ethan Hawke vehicle Exit Strategy is rumored to be dead, while Locke & Key, Outnumbered, Tagged, Weekends at Bellevue, Council of Dads and Iceland have all been sunk, according to Deadline.

There is some good news, of course. Glee, Bones, House, American Idol, Raising Hope, Fringe, Family Guy, The Cleveland Show and Bob’s Burgers have all been renewed for Fox’s 2011/2012 calendar.

When Fox hits the Up Fronts Monday, we should get a clearer picture of what else is coming to the network this fall 2011. In the meantime, it’s time to say goodbye to Human Target, Lie to Me, The Chicago Code, Traffic Light and Breaking In.