The 2011 Daytime Emmy nominations are in! Did your favorite soaps make the cut? 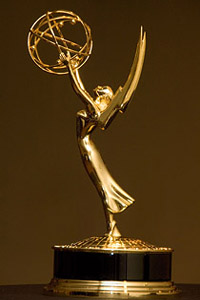 All My Children pulled in 13 total nominations for the 2011 Daytime Emmys and One Life to Live received 12. All My Children was even nominated for the biggest award of them all: Outstanding Drama Series.

Check out all of the 2011 Daytime Emmy Nominees>>>

Maybe ABC wants to rethink the cancelation of both shows? Even more so now that the only remaining ABC soap opera, General Hospital, scored the most nominations: 21. Was it because James Franco appeared on the show?

Retiring Live With Regis and Kelly host Regis Philbin is hoping to nab his first Daytime Emmy with the show’s nomination in the Outstanding Talk Show/Entertainment category.

What are your thoughts on the nominees? Did anyone get snubbed?