Where there’s smoke, there’s fire… and where there’s a makeover too good to be true, you better believe there is the work of a very expensive doctor. The new and improved Bristol Palin is now confessing she did in fact have some work done on her face. 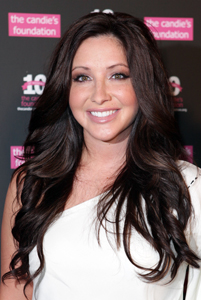 It seems that the Bristol Palin plastic surgery rumors of last week weren’t far off the mark. While the abstinence spokeswoman won’t admit to plastic surgery, she is coming clean about having a medical procedure done.

“It’s not plastic surgery,” the 20-year-old tells Us Weekly. “I had corrective jaw surgery.”

So you see, in December 2010 Bristol Palin had a procedure done for medical reasons that just happened to give her a fab new profile, a fact she is well aware of.

“Yes,” she admits, “It improved the way I look, but this surgery was necessary for medical reasons… so my jaw and teeth could properly realign… I don’t obsess over my face.”

Still, “I am absolutely thrilled with the results,” she gushes. “I look older, more mature, and don’t have as much of a chubby little baby face!”

While it’s hard to disagree with Bristol’s assessment of her new looks (more mature and less chubby face for sure!), it’s not easy to see someone so young go under the knife. Bristol is just 20 years old and has a two-year-old son — perhaps some of these changes would have come on their own in time, without surgery.

Of course, like she said, Bristol Palin didn’t get plastic surgery. The doctor who corrected her jaw is just really, really good.

Are you buying Bristol Palin’s no plastic surgery claims?