Kristen Wiig is set to take over Hollywood when Bridesmaids, which Wiig stars in and co-wrote, hits theaters May 13. The comedienne took the opportunity with her appearance in The 40-Year-Old Virgin to impress comic impresario Judd Apatow. After filming wrapped, he asked Wiig to pitch him ideas for a big screen feature.

Annie Mumolo, the writing partner of Kristen Wiig, and the funny lady locked themselves away to craft a film worthy of the Judd Apatow surefire comedy label. Wiig and Mumolo also sought to craft a film that would appeal to both men and women, yet still sing with the power of women. Bridesmaids is the product of Wiig and Mumolo’s effort to impress Apatow. 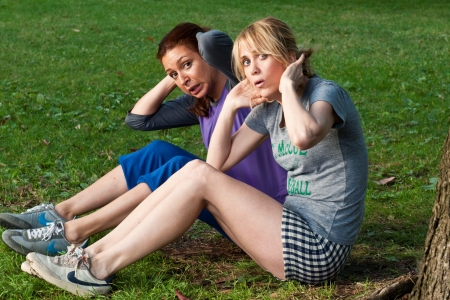 Since their finished script arrived on Apatow’s desk, Wiig has become a TV superstar with her scene-stealing mayhem as a regular on Saturday Night Live while Mumolo has had two children. Yes, many years went by.

After Apatow produced a few more comic hits including Superbad and Knocked Up, he and his Freaks and Geeks co-creator and director Paul Feig decided that Bridesmaids would be their next project.

Kristen Wiig sat down on the day after the royal wedding at the Four Seasons Beverly Hills to talk about a wedding of a completely other kind — the one at the heart of her passion project, Bridesmaids.

SheKnows: Was Bridesmaids the first title for the film?

Kristen Wiig: We actually had a really hard time trying to think of the title, to be honest. It was hard. To get guys in, we were just going to call it Naked Boobs and Guns, but we didn’t have either one of those things, so we changed it [laughs].

SheKnows: Since you wrote the script with partner Annie Mumolo, while filming the movie, were there any moments where you felt a little guilty about what you were putting these women through? 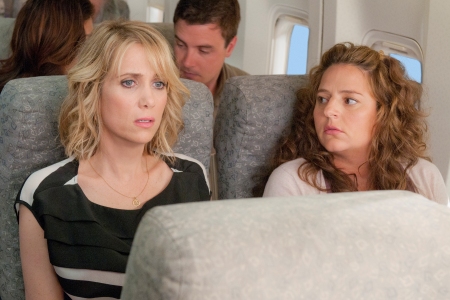 Kristen Wiig: I guess when they had to puke on each other’s hair, maybe I felt a little bad, but they actually liked it. It was fun! We really made them throw up [laughs]. That was real vomit.

SheKnows: It’s probably like picking your favorite puppy, but what was the best thing about making Bridesmaids?

Kristen Wiig: Oh, my gosh. It’s so hard to pick. I enjoyed every day. Right before we started shooting, we rented a party bus and went to a strip club. That was pretty fun [laughs].

SheKnows: One of my favorite actresses, Jill Clayburgh, Bridesmaids was her last film — what are your thoughts on her portraying your mom?

Kristen Wiig: I felt honored the moment she signed on. She was just what you would think. She was a very maternal, nurturing spirit. She was also game for anything. There were times when she was saying things and I would just start laughing. I was like, “Oh, my God, I’m making Jill Clayburgh talk about motor-boating,” which didn’t end up in the movie. She was amazing. I feel honored to have worked with her.

SheKnows: You are all such gifted improvisers. Was there room for that on a Paul Feig set? 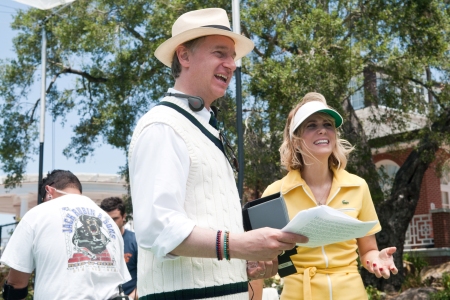 Kristen Wiig: All of the cast are amazing improvisers, so why not let them go to town with what they do best? We rehearsed for weeks before we started shooting, and did a lot of improvising there. And then, on the set, we shot it every way you could think of. We did the script, we improvised, and people would hand in lines from off-camera.

SheKnows: Were you able to keep a straight face? Was that difficult?

Kristen Wiig: We did ruin a lot of takes, laughing. You just didn’t get to see that [laughs].

SheKnows: Maybe on the DVD! This film could easily have a sequel. Was that ever on the mind? Or is it?

Kristen Wiig: I wouldn’t say that. We didn’t wrap it up in a very nice bow because I like when movies don’t. You want to get the impression that everything is okay, but she doesn’t need those things to happen to be okay. We just left it open for that.

Kristen Wiig: They pushed us to find things in the movie and in the script that maybe we were afraid to go to. They were really good about, “Let’s just try it. If it works, it works. If it doesn’t, it doesn’t.” Some of the great moments in the movie are because of that.

SheKnows: Enlighten us, is there a wedding party experience of yours that we actually see in Bridesmaids? 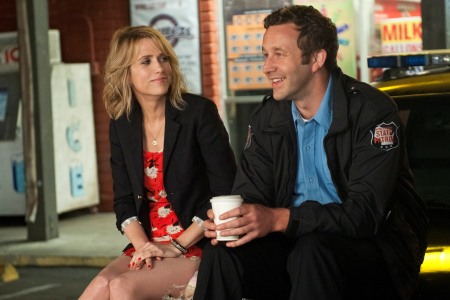 Kristen Wiig: I haven’t really had any crazy wedding experiences [laughs]. I really haven’t. I can relate to having those people in your life that you feel are moving on to this great, big, normal life and you’re like, “What’s wrong with me?” Being an actor and going on auditions and having odd jobs, in my late 20s and early 30s, and then going back to my hometown and visiting people that have houses and babies and cars, I’m like, “What’s wrong with me?” I can totally relate to that part of it.

Kristen Wiig: I’ve known Annie for such a long time and we’ve written a lot together at the Groundlings, and it’s never been work. It’s always been fun. We worked on this script for four and a half years and we’ve never gotten in a fight or argued about anything. If she likes something and I think it should be something else, or I like something and she has a better idea, it’s easy. There’s no ego, and she makes me laugh more than any person in the world.

Read on for more Bridesmaids

Bridesmaids movie review
Maya Rudolph welcomes us to the set of Bridesmaids
Ellie Kemper: From The Office to Bridesmaids