The Oceanside docs go into protection mode on Private Practice when Dell’s orphaned daughter Betsey shows up in their hospital tonight, May 12. Addison and Naomi go toe-to-toe over a patient and Addie makes it personal.

On this week’s Private Practice: God Bless the Child, young Betsey is not happy to be back at the hospital where both her mother and father died and the docs at Oceanside get it. They’re worried about her injuries, but even more concerned about where she’s been living. A nasty fall down the stairs paired with a healed collarbone fracture screams child abuse. 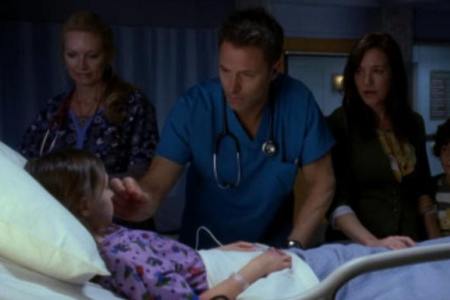 The docs launch an investigation into Betsey’s foster family, but the crew may be off mark, which is unfortunate, since the move could push Betsey back into the system.

A frustrated Violet blames the Oceanside crew for not stepping up to take in Betsey back when Dell died. She’s also mad at her hubby for not letting her step up, but Coop sets her straight by pointing out that after she hit her colleagues with a serious guilt trip over Betsey, she never even followed through and checked on the little girl. “We all failed Betsey,” he admits. “We just need to figure out how to help her now.”

The Betsey situation also weighs on Amelia, who’s been struggling ever since accidentally taking that sip of bubbly at Charlotte and Coop’s wedding. The sober doc hasn’t been able to stop thinking about having a drink, so straight-talking Charlotte gives her a pep talk, concluding, “Don’t turn a slip into a fall.”

With Naomi set to exit after this season, Oceanside’s top doc makes a life-changing decision for her family and clashes with former BFF Addison, while good ol’ Sam comes to Addison’s aid. 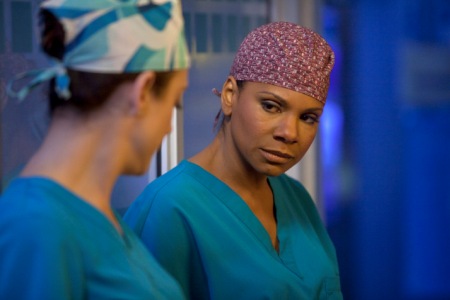 No, AddiSam is not likely heading for a romantic reunion, but Sam always comes through for his exes and Addison is having trouble separating the personal from the professional: It’s just not easy being a pregnancy specialist when you’re fixated on having your own baby!

The Private Practice drama starts at 10:01 p.m. on ABC, after a new episode of Grey’s Anatomy.