Lady Gaga is about to take Facebook by storm with her exclusive deal for game creator Zynga.

If you thought blocking all of those Facebook friends who send you constant FarmVille requests meant that you didn’t have to hear about it anymore, think again. Lady Gaga is teaming with Zynga — the company that brings you such spammerific games like FarmVille, Mafia Wars and CityVille — to premiere tracks from her upcoming Born This Way album on the game. 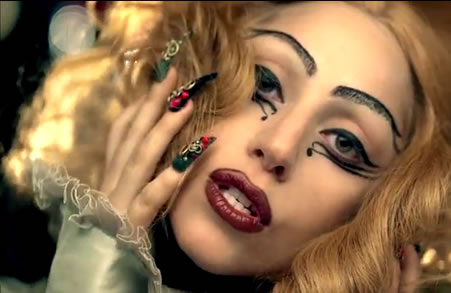 “We’re inventing new ways for fans and players to celebrate Lady Gaga’s new album and do so in the way that reflects the album’s focus on self-expression and positivity,” said Raquel Di Sabatino, director of entertainment and media at Zynga.

“[Lady Gaga] is an innovative force in pop culture and [she’s] been revolutionizing the industry, including in the way she connects with her fans,” she said. “And she is as passionate about her fans as we are about our players.”

The financial details behind the deal aren’t public, but we’re betting beaucoup bucks are exchanging hands, namely bucks going from Zynga directly into the hands of the Mama Monster.

So, how will this work exactly? Basically, FarmVille players will be able to interact with a Lady Gaga-inspired farm named GagaVille (so creative!) and listen to tracks via an iHeartRadio app embedded in the game.

Fans can also get a special version of Born This Way when they buy a $25 Zynga gift card from Best Buy.

This marketing deal is just another way Gaga is innovating the marketing world, for better or worse.

What do you think of the Lady Gaga FarmVille deal?