Justin Bieber is not one to let a little vomiting stop him from putting on a good show. The pop star performed for 90 minutes, despite needing to go backstage and get sick several times during his concert in the Philippines. Hey, Marg Helgenberger — that doesn’t sound like bratty behavior to me! 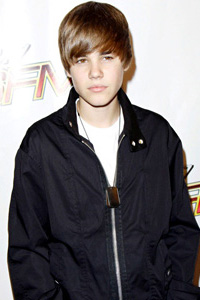 The show must go on! Not wanting to let down his fans in the Philippines, Justin Bieber performed his 90-minute set last night, stopping only to vomit backstage.

“Sick as a dog, but the show must go on,” Bieber tweeted to his millions of followers. “Got called a trooper.”

After the concert, the Biebs tweeted to fans: “Sick or not that show went hard! That show was great but tough. Real sick. Time to rest.”

I’ll give it to Bieber, his dedication to his fans is impressive! Earlier this week, he announced he will tour Japan as scheduled, despite reports that his crew did not want to go due to radiation worries.

He was also in the news earlier this week after CSI star Marg Helgenberger said he was “kind of a brat” while starring on their show.

“It’s kinda lame when someone you met briefly and never worked with comments on you,” he tweeted about the incident. “I will continue to wish them luck and be kind.”

Hopefully, Bieber is feeling better — and I’m hoping we don’t see any Bieber barf on eBay.