Actor Gary Coleman passed away almost one year ago, but his body is still in limbo. What in the heck is going on with his burial plans? 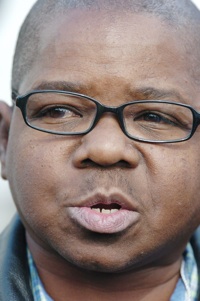 Poor Gary Coleman. The pint-sized actor can’t catch a break, even in death. Coleman passed away almost one year ago — May 28, 2010 — and he’s still not buried, according to his former manager.

Vic Perillo told WENN that Coleman’s body is in limbo, thanks to continuing legal battles between his parents and estranged wife, Shannon Price.

“Unfortunately we learn of the great works and noble deeds of a person upon their death and at their memorial. Gary’s deeds and contributions to the entertainment industry and other endeavours were overshadowed by the desire of the media to stay focused on the misfortunes of his life and all the negatives,” Perillo wrote to WENN.

“Gary’s downfall was not entirely of his own doing. He had help. There exist within the film and television industry those who make up the body of the Peripheral Industry. The new age life coaches to the stars, the managers and consultants, who have categorically destroyed the lives and careers of many performers. Gary Coleman was a victim of the Peripheral Industry, not of his parents.”

Perillo also asked the industry to help him — everyone declined.

“In this, the first anniversary of his death, I have contacted the three major (U.S. TV) networks, asking them to honour Gary, his eight years on Diff’rent Strokes, his seven movies of the week, his work as a spokesman with the National Kidney foundation and the many charitable endeavours he gave of his time and effort to,” Perillo continued.

“The answer from the networks were, ‘Not interested,’ ‘We don’t have any time’ and ‘We pass…’ To praise his work, talent and his person is of little interest to them. And yet, should his ex-wife, Shannon Price, or (Diff’rent Strokes co-star) Todd Bridges make a statement condemning his parents, they are given Carte Blanch time in the press. Have we lost our theatrical moral conscience?”

So, so sad. Will Gary Coleman ever get to his final resting place?