A photo of a dying Princess Diana is supposedly going to be shown for the first time at the Cannes Film Festival in a movie called Unlawful Killing. The paparazzo who owns the pictures of Princess Diana’s last moments of life after the tragic car accident in 1997 denies selling the pictures. We want to know: How did they end up in the movie?

Princess Diana’s name has been in the headlines recently because of the royal wedding, but now it’s back for a reason we’re not so excited about. The Daily Mail reports that a black and white close-up picture of a dying Princess Di will be shown in the movie Unlawful Killing at the Cannes Film Festival. We’re disturbed — we don’t want to see death photos of Osama bin Laden and we certainly don’t want to see them of the beloved Princess Diana. 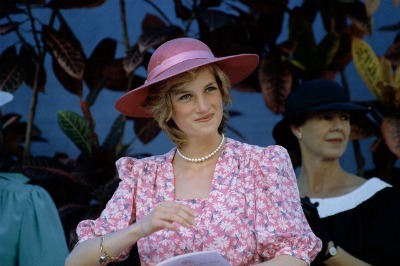 The pictures of Princess Diana are owned by Darryn Lyons, a “paparazzi king” who took them just before she died in a car accident in 1997, when her drunk chauffeur Henri Paul got into the crash while being followed by photographers. The Geelong Advertiser says that Lyons denies selling the photos for the film.

Unlawful Killing is backed by Mohammed Fayed, whose son Dodi was also killed in the accident, and actor Keith Allen, father of Lily Allen. This is the first time that anyone will see the photos of Princess Diana’s last moments, as her face was “heavily pixelated” when they were shown to a jury during the inquest into her death.

Unlawful Killing will be shown worldwide, but apparently not in the UK. In response, Allen was quoted as saying, “Pity, because at a time when the sugar rush of the royal wedding has been sending republicans into a diabetic coma, it could act as a welcome antidote.” Outrageous.

Darryn Lyons suggested that perhaps the news of the photo appearing in the film is a publicity stunt. We’re guessing it’s not, but we hope he’s right. The last thing we want to see is a picture of a dying Princess Diana, and we can’t imagine what Prince William and Prince Harry are feeling.