William and Kate have finally left on their long-awaited royal honeymoon — but where, exactly, remains a mystery. 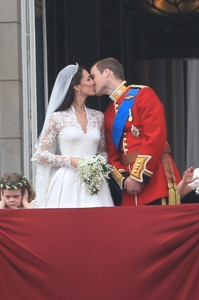 The newly-minted Duke and Duchess of Cambridge have left for their honeymoon nearly two weeks after a wedding viewed by millions worldwide. What exotic, romantic locale did they choose? The royal household remains mum.

Still, despite the official secrecy, the safe money seems to be on the Seychelles, a secluded archipelago in the Indian Ocean. In fact, the owner of Vladi Private Islands says he personally rented the entire North Island in the Seychelles chain to the couple.

“Yes, we rented the island to the British royal family,” Farhad Vladi told a Hamburg, Germany-based paper. “Prince William and his Kate are spending their honeymoon there. But you will understand that we are not saying anything further.”

Prince William has two weeks off from his job as a search-and-rescue helicopter pilot. The couple is due for their first official tour as husband and wife in June, when they will visit Canada and make a brief stop in California, marking Kate’s first visit to the U.S.

Tell us: If you were William & Kate with an unlimited budget, what location would you choose for your royal honeymoon?