You can call Bethenny Frankel many things, but you can’t call her a bad businesswoman. Last night’s season finale of Bethenny Ever After focused on the sale of Skinnygirl for a mind-boggling sum! 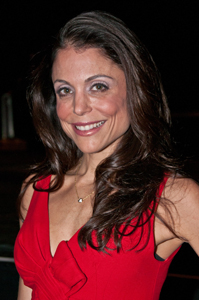 Bethenny Frankel is diving into a swimming pool filled with cash Scrooge McDuck-style today after announcing the sale of her Skinnygirl spirits brand on last night’s season finale of Bethenny Ever After.

The newly-minted mogul, who has also appeared on The Apprentice: Martha Stewart and The Real Housewives of New York City, will continue to serve as a collaborator and developer as well as the face of the drink mixes.

While both sides are remaining mum on the exact selling price, The Hollywood Reporter has sources who peg it at close to — are you ready for this? — $120 million, a price Ramona Singer disputes. Fortune Brands’ Beam Global now owns the line.

“This is the craziest thing in the entire world that has ever happened. I’m like a real business person.”

Frankel has certainly turned her reality celebrity into a tidy business. Even before the sale of Skinnygirl she enjoyed a very lucrative book deal that saw 480,000 copies of her two books fly off the shelves.

This newfound fortune should make for an interesting next season of Bethenny Ever After!