This isn’t gossip! Taylor Momsen and Jessica Szohr will not return to the CW’s hit show, Gossip Girl, for its fifth season. 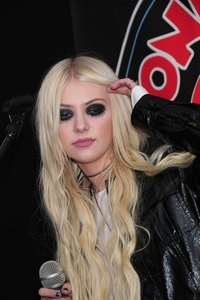 TV Line first reported the news that Taylor Momsen and Jessica Szohr will not be returning for the fifth season ofGossip Girland now a new source is confirming the news to Us Weekly.

Fans will miss the actresses who have been with the show since it debuted in 2007. Taylor Momsen played Jenny Humphrey, while Jessica Szohr portrayed Vanessa Abrams.

The girls have reportedly been invited to make future appearances but will no longer be season regulars.

Taylor Momsen will be just fine as she has her band, the Pretty Reckless, to keep her moving. Her focus has clearly been on her band and rocking the stage as she’s been known for taking a hiatus from the show. Rock on with your bad self, Taylor!

For those of you wondering what that means for the rest of the cast, don’t worry. Favorites Blake Lively, Leighton Meester, Penn Badgley, Ed Westwick and Chace Crawford will all be back for the show’s fifth season. Newcomer Kaylee DeFer will also be bumped to a cast regular in the role of Charlie Rhodes.

What do you think of Taylor Momsen and Jessica Szohr’s exit from Gossip Girl? Will the show go on without them or will it not be the same?