Everything Must Go is the first time Will Ferrell has had a chance to show off some serious dramatic acting chops.

Sure, Stranger Than Fiction opposite Emma Thompson is an example of how Will Ferrell can play both sides of the thespian coin. That film was sincerely funny in parts, and Everything Must Go has its humorous moments as well. 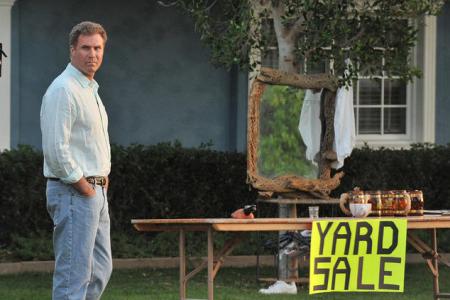 Ferrell runs the full spectrum of emotions in filmmaker Dan Rush’s Everything Must Go. The film is based on Why Don’t You Dance?, a short story by Raymond Carver, and also stars Rebecca Hall, Michael Pena, Laura Dern and a “mini” Biggie in the making, Christopher Jordan Wallace (Notorious BIG’s son).

As Nick Halsey, Will Ferrell has had quite a day. He is fired. He returns home to a wife who has left him and changed all the locks. Oh yes, and his belongings are strewn all over the front lawn of the couple’s Arizona home. When director Dan Rush has us arrive with Ferrell, the ghastliness of Nick’s reality hits the audience and mostly through Ferrell’s eyes and face, the pain, awe, frustration and guilt are all there in one minute-long sequence. 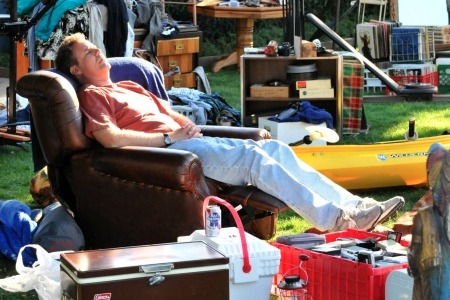 Born in Southern California, Ferrell didn’t know he wanted to perform until high school. Hard to believe considering the body of work he has amassed from television to film that this wasn’t a life passion born at birth. It’s almost as if he has become a brand. And as any consumer who knows quality work when they see it, Ferrell has also gathered a fan base in the millions that guffaw at everything he does from Funny or Die online to his days on Saturday Night Live and his enormous box office hits including Zoolander, Talladega Nights, Anchorman, Old School, Blades of Glory, The Other Guys and Megamind.

Like Bill Murray and Jim Carrey before him, Ferrell has danced into drama on occasion and does so with astounding aplomb. Everything Must Go is no different. Ferrell sat down to discuss not only his work on Everything Must Go, but also why he took the job at The Office with Steve Carell exiting.