Alicia Silverstone has welcomed her first child, and named him Bear! Bear Blu Jarecki to be exact. Oddly enough, the little guy with the grizzly name isn’t the only Bear out there. 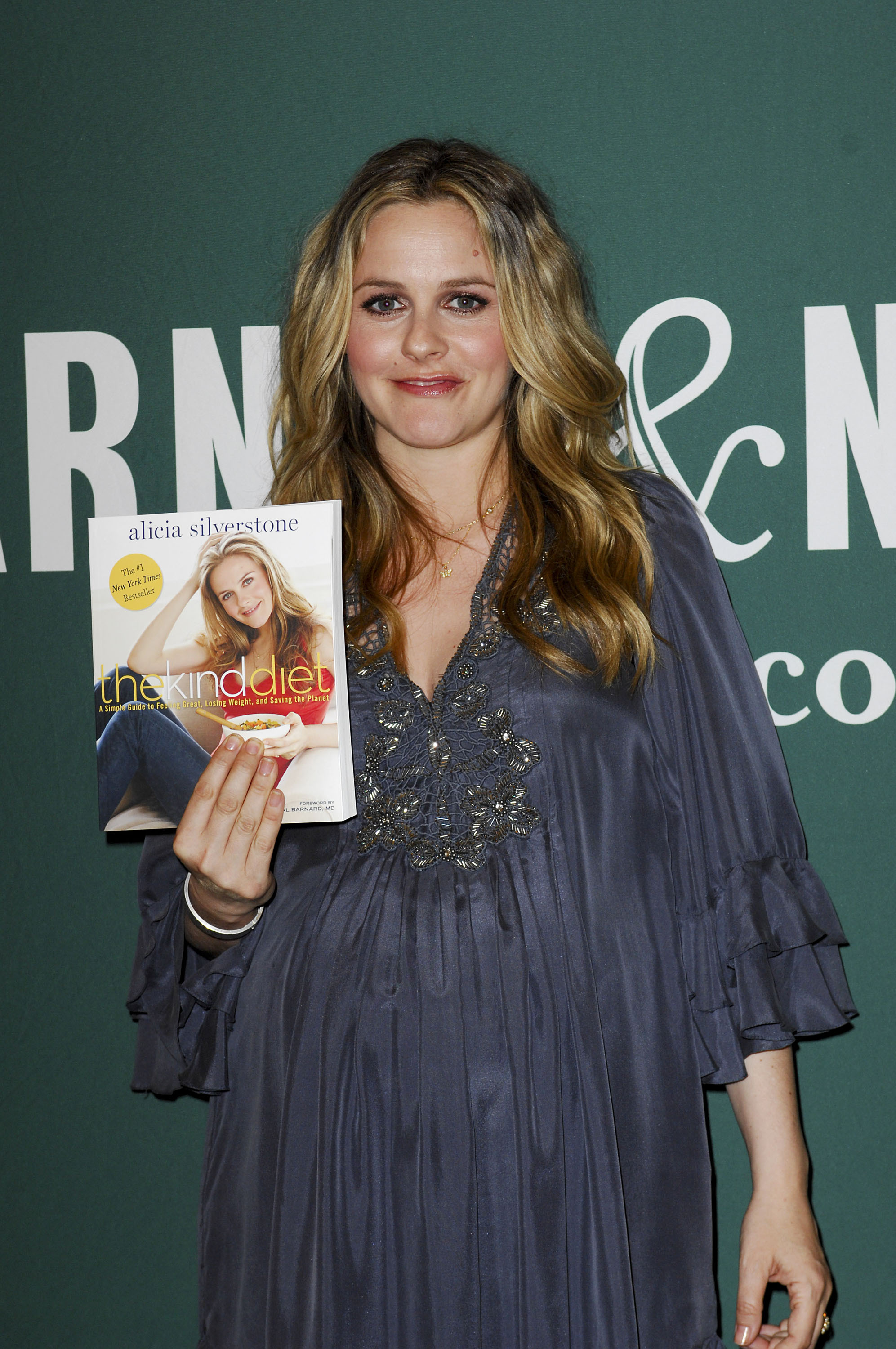 A rep for Alicia Silverstone has confirmed the baby news to People saying, “Mom and Dad are completely in love” with their “beautiful baby boy.” Son Bear Blu Jarecki was born on Thursday, May 5 and weighed in at 7 pounds, 15 ounces.

X17 Online reports that Alicia, seen here promoting her vegan cookbook The Kind Diet on March 15, had a water birth at an LA-area birth center. “I’ve been wanting to have a baby since I was two years old,” Alicia said in an interview just last year. “I’m destined to be a mother.”

No word yet on what may have prompted Alicia and husband Christopher Jarecki to choose such an… animalistic name for their son. Amazingly though, Bear Blu might not be the only Bear in grade school.

Singer Bryan Adams also hopped on the animal theme by recently naming his newborn daughter Mirabella Bunny, explaining that the coinciding of her birth with Good Friday inspired her name.

Just what was Alicia Silverstone thinking when she picked Bear Blu? Here’s hoping there’s a good story behind the little guy’s name!

Does the name Bear deserve to be added to the list of crazy celebrity baby names?