The Social Security Administration just released the top baby names for 2010 — and Twilight and Teen Mom are ruling the baby name charts. Find out how pop culture is influencing the top girl names and the top boy names. 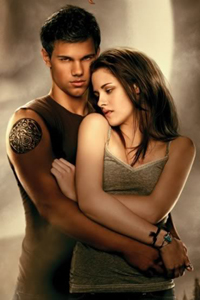 Who would have thought so many parents would be influenced by Teen Mom and Twilight? The Social Security Administration’s list of most popular baby names in 2010 was just released — and it is hard to deny the influence of pop culture and entertainment.

The name Kellan is the second biggest climber this year. Kellan Lutz is the actor who portrays the vampire Emmett Cullen in Twilight. Speaking of Cullen, it is another boy name that is steadily moving up the ranks. 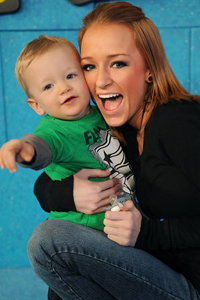 Teen Mom is making a big impact on the baby name list, with the names Maci (after teen mom Maci Bookout) and Bentley (after her baby boy) ranking as the fastest baby name movers on the most popular baby name list! Farrah breaks into the top 1000 list for the first time ever — coming in at 549.

Quinn, the popular cheerleader on the show Glee, is a girl’s name that is quickly moving up the list, as is Tiana, the Disney character from The Princess and the Frog.

The royal wedding has not broken into the baby name list yet — but we wonder if next year we will see names like Kate, Catherine, William and Pippa on the list!?