Bethenny Frankel is lying about the millions she earned from Skinnygirl Margaritas, Ramona Singer claims. Who do you believe? 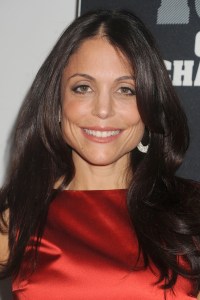 It looks like there’s still a bit of bad blood between former Real Housewives of New York co-stars Bethenny Frankel and Ramona Singer. Singer recently talked to PopEater’s Rob Shuter and said that Frankel is lying about how much money she’s making off her Skinnygirl Margarita line.

Singer is commenting on an article in The Hollywood Reporter that said Frankel brokered a deal with Bean Global to sell her brand for $120 million. Frankel doesn’t mention the $120 million, just that it’s “enough money to buy a very nice house in legal fees.”

“I was thinking before that figure came out she got about $30 million total,” Singer continued. “And divided that between her and her partners David, and usually they do a pay-out, they don’t give you the money up front, they pay you out over time.”

Singer might just be jealous: The “turtle time” housewife just released her own line of pinot grigio wine.

But the star of Bethenny Ever After told The Hollywood Reporter that she only got into the reality show world “exclusively for business. I’m not running around buying diamonds and getting facials. I just decided to be totally honest and own it. You can’t do something you don’t stand for just to make money. It’s a smart audience, people will realize it.”

So, mission accomplished? We say congrats on the payday, Bethenny! You do work hard and it shows.

Do you agree with Ramona Singer: Is Bethenny Frankel lying?