Marg Helgenberger might have called Justin Bieber a brat, but he’s insisting on getting in the last word with another Twitter rant.

Justin Bieber evoked his “holier-than-thou” power to call out CSI star Marg Helgenberger for calling him a “brat” during a French radio show. 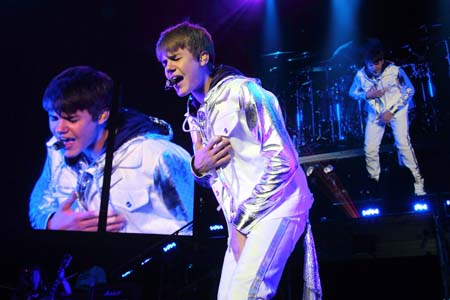 “It’s kinda lame when someone you met briefly and never worked with comments on you. I will continue to wish them luck and be kind,” the Biebs tweeted Monday.

Then he went on to talk about an incident last week when he was called a “security risk” on an Australian Qantas flight.

“Even last week they had me scolded on a plane in the news because i wasnt in my seat fast enough. She was right and i (sic) sat down. That’s news?” he continued.

Then, Bieber took the opportunity to prove that he really is mature.

“I know who i am and sometimes people r just going 2 say what they want. Keep ur head up and be the man ur mama raised. #killemwithkindness,” Bieber continued. “Rumors are just that… rumors. In the end if you just be kind and be yourself people will know who you are. That goes for anyone i think.”

“Dont spread gossip and dont spread rumors about others… im a kid and i know that. #respect.”

Okay, Justin, we get it: You’re above all the rumors and comments. You seem like a good enough kid, but people have the right to call you out if you act like a brat when you should be acting like a professional.

What are you: Team Justin Bieber or Team Marg Helgenberger?