Break out the champagne because it’s time to officially celebrate! Paula Abdul will be joining Simon Cowell as a judge on The X Factor! 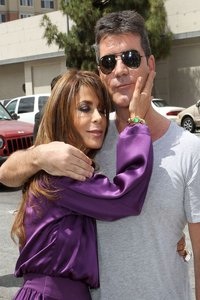 It’s confirmed! Paula Abdul will reunite with Simon Cowell as a judge on The X Factor!

Abdul was the latest name confirmed to The X Factor panel that includes Cheryl Cole, Antonio LA Reid and, of course, her good friend Simon Cowell!

According to Entertainment Weekly, Paula Abdul said, “I am excited beyond words to be a part of The X Factor. I couldn’t be happier to bring my love for cultivating talent and performance to such a wildly anticipated show.” The newest member of the show added, “I’m also delighted and grateful to be sitting next to Simon again… but you might want to check back with me in a week or two!”

Simon Cowell added his own statement, saying, “This show would never have been the same without Paula and I can’t believe I am saying this — I have missed her a lot, and I am thrilled she’s on the show.”

Now that Paula Abdul is signed, sealed and delivered to The X Factor and co-hosts Nicole Scherzinger and Steve Jones have recently been confirmed, what do you think of how it all shaped up in the end? Are you excited to see Paula Abdul and Simon Cowell reunite?

The X Factor is set to debut this fall, you don’t want to miss it!