Susan Lucci’s former All My Children co-star says that the actress is headed to Desperate Housewives. Is it true?

All My Children icon Susan Lucci was heartbroken when ABC announced that they are canceling the soap opera after 40 years. Now, the actress might be switching to one of ABC’s other popular dramas. 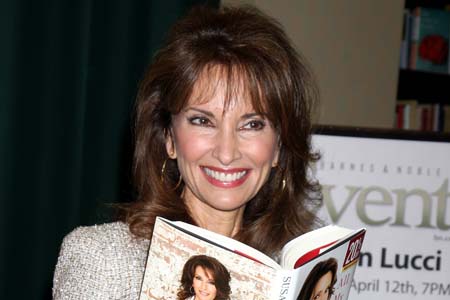 “It’s been a fantastic journey,” Lucci said after the announcement. “I loved playing Erica Kane and working with [show creator] Agnes Nixon and all the incredible people involved with All My Children. I’m looking forward to all kinds of new and exciting opportunities.”

That new and exciting opportunity is reportedly coming courtesy of another popular ABC show.

“She’s going to Desperate Housewives apparently. She has a contract at ABC,” actress Elizabeth Rodriguez told PopEater of Lucci. “You heard it here first. That’s what I heard!”

No word on any other details regarding the Emmy winner’s possible role on the show, but she’ll definitely bring the drama to Wisteria Lane. Lucci has starred on the soap since 1970 and has had plenty of crazy things happen to her character, Erica Kane, over the years.

However, we wonder if Rodriguez was supposed to spill the beans on the new casting announcement. After all, her revelation is the first anyone’s heard of Lucci’s possible new role — will the iconic actress be pleased that someone else spilled the beans?

Will you watch Susan Lucci on Desperate Housewives?