The Cannes Film Festival takes place this year from May 11 to 22. We’ll give you a look at the films getting all the buzz including new ones from Brad Pitt and Johnny Depp!

It’s the 64th year of the glamorous Cannes Film Festival and it’s got quite an offering this year. Sure, there will be fantastic parties and red carpets, but the real reason everyone is there? The films. This year we’ve got trips to Paris, the loss of innocence, pirates and stunt performers. 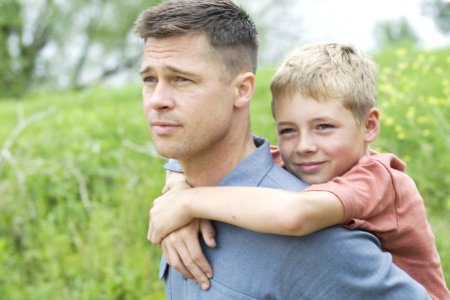 Woody Allen’s new film Midnight in Paris is opening the festival. Of course it is. Not only is Allen much beloved in France, he’s cast French First Lady Carla Bruni. The star-studded cast includes Rachel McAdams, Tom Hiddleston, Michael Sheen, Owen Wilson… the list goes on. In the film, a family flies to Paris and has to confront some truths about themselves and their way of life.

Terrence Malick’s The Tree of Life is one of the most anticipated films out there and will play at the festival. Starring Brad Pitt (which means Brangelina shots from the parties), Sean Penn and Jessica Chastain, the film talks about the loss of innocence. The trailer had us over the moon. The film looks beautiful and we can’t wait to see more. This one is taking part in the competition.

Pirates of the Caribbean: On Stranger Tides will be shown, which means Johnny Depp and Penelope Cruz will most likely make an appearance. The Jodie Foster directed The Beaver starring the still controversial Mel Gibson will also be shown. Nicolas Winding Refn will show his film Drive starring Ryan Gosling, Carey Mulligan and Christina Hendricks, about a Hollywood stunt performer who moonlights as a wheelman until a heist goes all wrong.

We’ll keep you updated on all the buzz and beautiful people.