Olivia Wilde is talking about her divorce and says the split is not a tragedy, but staying in a bad marriage would be. 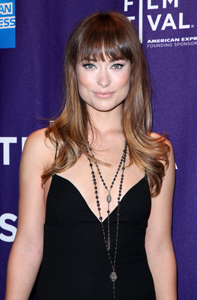 Olivia Wilde shocked fans when she announced her divorce, if only because most of us had no idea she was married. The Tron actress wed Italian prince Tao Ruspoli when she was only 18 years old, but now she’s cutting her losses a mere eight years later.

“Sometimes it’s only eight years and it’s great, and you have to know when it ends,” Wilde told Glamour.

“The mark of a good marriage is partnership and continuing to feel inspired by your spouse. I had that with Tao. But the end is not necessarily the tragedy. Staying in a relationship that is no longer working is the tragedy. Living unhappily — that’s the tragedy.”

So what caused the fairy tale to end? The usual: They married too young and their careers kept them apart. Wilde explained, “Everyone said it to me — and I had to figure it out for myself — but you change so much. I’ve learned that it’s important to spend some time in a relationship with yourself and not being defined by your partner.”

“We got engaged at Burning Man and married on a school bus. We were not conventional. I think the promise we always made was that if we are no longer happy, we won’t continue. And it got to the point that I was working 10 months of the year outside of LA and he was doing these incredible things in other places. We were no longer partners in crime.”

Read the rest of Olivia Wilde’s interview in the June issue of Glamour. The actress can be seen next in the upcoming flick Cowboys & Aliens.