The final four of this year’s American Idol has been decided, meaning someone was left out of the party! Which big voice was silenced this week? None other than Jacob Lusk! 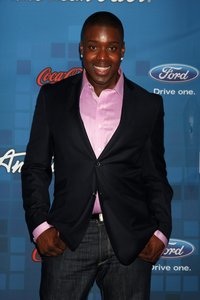 American Idol was intense this week, as an elite group of talent was cut to four. Haley Reinhart, Scotty McCreery, Lauren Alaina, and James Durbin said goodbye to fellow contestant Jacob Lusk Thursday night. Tears were shed and a big voice was silenced from the stage.

The entire night wasn’t a somber one, however! American Idol judge Jennifer Lopez ate the stage alive with her hit single On the Floor and she received a little help from a very special guest — Pitbull! In order to describe how ridiculously tight her performance was we’d have to pull out a thesaurus and we don’t have enough space for that! She also teased a bit of her new video for I’m Into You.

Lady Antebellum also showcased their beautiful track, Just a Kiss. Who doesn’t fall more and more in love with this band every time they’re on stage?

As much as we’d like to talk all about the special musical performances, there was a competition at hand. Ryan Seacrest did the one thing we hate most. After separating the pack into Jacob Lusk and Lauren Alaina vs. James Durbin and Haley Reinhart, he deemed Scotty McCreery safe and forced the poor kid to stand with the group he thought was definitely moving on. Thank goodness he wouldn’t do it! Instead, Seacrest led him to James Durbin and Haley Reinhart, declaring the three part of the final four.

Poor Jacob Lusk sang himself home during Wednesday night’s performances. It wasn’t that he was not as good as Lauren Alaina, they’re just two different types of singers and it all comes down to what America wants.

What do you think of Jacob Lusk’s elimination on American Idol? Are Haley Reinhart, James Durbin, Lauren Alaina and Scotty McCreery the top four you envisioned?

60 mins ago
by Bonnie Azoulay