Colin Egglesfield demands attention when he walks into a room. The extremely handsome actor with the steely blue eyes waltzed into our room at the Casa Del Mar in Santa Monica and immediately it became clear why two women — Kate Hudson’s Darcy and Ginnifer Goodwin’s Rachel — would be fighting over him in their new film Something Borrowed.

In Something Borrowed, Colin Egglesfield portrays the object of affection of both Ginner Goodwin and Kate Hudson. His character is equally smart as he is charming. The big screen adaptation of Emily Giffin’s novel of the same name hits screens with a high amount of anticipation. The millions of fans of the Giffin book have high expectations. With Egglesfield embodying Dex, those Giffin fans can rest easy — they got the perfect man to play Dex. 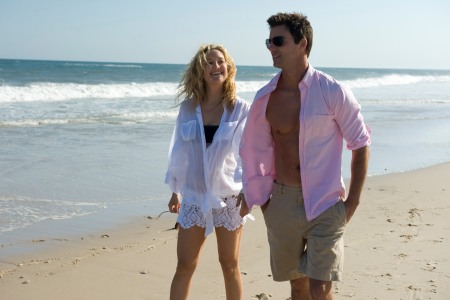 Egglesfield was refreshingly appreciative of the opportunity given to him by the film’s producer Hilary Swank. The former soap star lights up the screen in Something Borrowed and look for us to see a whole lot more of him in the future.

SheKnows: Colin, did you feel under pressure starring with Kate Hudson and Ginnifer Goodwin? This is your first big movie role…

Colin Egglesfield: A little bit. This was an amazingly incredible and exciting experience for me, this being my first major motion picture. I have it with Kate Hudson, John Krasinski and Ginnifer! Yeah, definitely some nerves I had going into this, but I’ve always got some nervous energy going into any project that I do. That’s what I think I love so much about acting in the sense that when I wake up in the morning I can’t wait to get to work because I’ve got those nerves and I can’t wait to get there. I don’t think anything is worthwhile doing unless there’s some fear associated with it or some sort of unknown. If you knew how everything was going to work out, why would you do it? Through every experience I usually learn something. 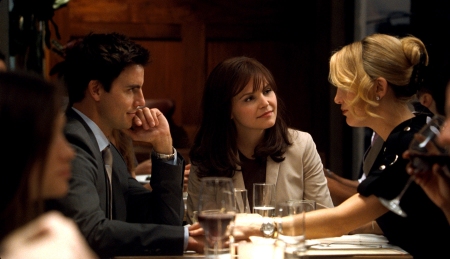 SheKnows: How was your experience working not only with Kate and Ginnifer, but also with the astounding Hilary Swank as producer?

Colin Egglesfield: Hilary Swank did such an amazing job putting this all together and casting this film. They cast it so well and you look at everyone’s role and I couldn’t imagine anyone else, any other actors, doing these roles. It was just one of those things where Hilary totally got it right.

Colin Egglesfield: It was more of a nurturing energy. I don’t think that’s just a woman thing. It’s just her.

SheKnows: So, what was it like going through the audition process and then eventually scoring the role?

Colin Egglesfield: It’s one of those things where you run around just hoping. I’m in a different place than some of these other actors, in the sense that I’m still in the beginning so to speak in my career, and still trying to find those roles that are right for me. It’s one of those things where when the right role comes up and it just fits, everything falls into place. 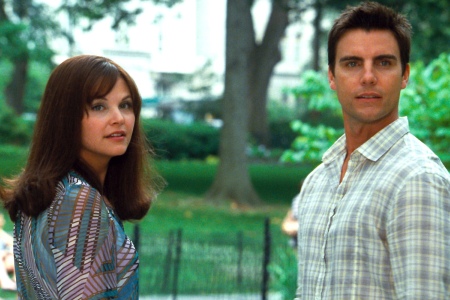 SheKnows: Your thoughts on Something Borrowed being a romantic comedy? It kind of isn’t…

SheKnows: Colin, you’re starting your career. Kate has lots of experience. How did she help you on set?

Colin Egglesfield: She’s like, “Stand here, say this.” [Laughs] There’s definitely a comfort level that comes with working with people that you trust and you know what they’re doing. You can relax and do your part. Working with Kate, I was in good hands and that’s a great place to be.

SheKnows: Will there be a sequel then?

Colin Egglesfield: You never know. Who knows these days? Nobody’s got a crystal ball.