How much is Simon Cowell worth? Thanks to shows like X Factor and American Idol, Simon Cowell is worth $330 million and lands on the Sunday Times Rich List of Britain’s music millionaires. What Simon earns, however, is small time compared to other people on the list — and in fact, he comes in at number six on music’s richest list. Find out who topped music’s richest list. 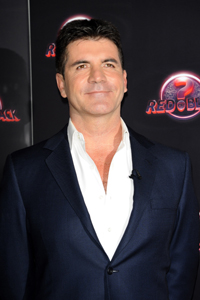 Each year the Sunday Times puts out its Rich List of Britain’s music millionaires, and Simon Cowell, Sir Paul McCartney and Elton John are some of the wealthy music men that made the list.

Cowell’s $330 million fortune is thanks to his SyCo music label, as well as his reality shows including America’s Got Talent and X Factor.

Clive Calder, who is the owner of Zomba Records, nabbed the top spot, earning a whopping $2.1 billion! Andrew Lloyd Webber, who is known as the most commercially successful composer, comes in second place earning $1,124 million.

Although it is strange no women made the list, check out the top earners below: