With Steve Carell’s Michael officially gone, Will Ferrell’s Deangelo takes the reins of the Scranton branch in The Office: The Inner Circle, but his leadership skills leave something to be desired. Cody Horn (Rescue Me) joins The Office team tonight, Kathy Bates returns next week and then it’s time for the all-star finale with Jim Carrey, Ricky Gervais, Will Arnett, Ray Romano, James Spader and Catherine Tate. 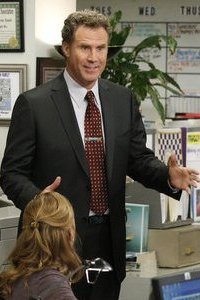 Now that Michael has officially left The Office building, his replacement Deangelo Vickers has free reign, but it doesn’t look like his style of management is going to impress.

The new food-obsessed oddball boss of The Office plays favorites and considering the distaste Deangelo showed for baby talk, cool kids Pam and Jim aren’t likely to make the short list. Then again, Angela thinks Deangelo is straight up sexist, so Jim could make the cut.

However horrible Deangelo turns out to be, the Scranton crew need not worry. Tonight is Ferrell’s last episode, which will send The Office scrambling to find a new boss and one step closer to its finale guest star bonanza.

Kathy Bates (Harry’s Law) will return as the CEO of Dunder Mifflin’s parent company next week, May 12, and presumably again for the 50-minute The Office finale on May 19, in which Jim Carrey, Ricky Gervais, Will Arnett, Ray Romano, James Spader and Catherine Tate will vie for the opening left by Carell’s Michael.

SheKnows previously noted that Arnett, Spader or Tate might make interesting new chiefs and seem to be available, but there’s been tease the new boss could be one of the current employees.

While it’s sure to be a disaster when Dwight takes on the role of acting manager next week, a new contender began to shine last week. Deangelo’s total incompetence as a salesman led to a breakthrough for the previously incompetent Andy (Ed Helms), forcing SheKnows to speculate: Could the job of big boss go to goofy The Hangover II heavyweight Helms?

New FaceS on The Office

Model-turned-actress Cody Horn (Rescue Me) joins The Office team tonight and word is she will be sticking around on a recurring status next season as one of three new faces of The Office. The other two yet-to-be-cast newcomers will be Stanley’s second daughter and a male accountant. 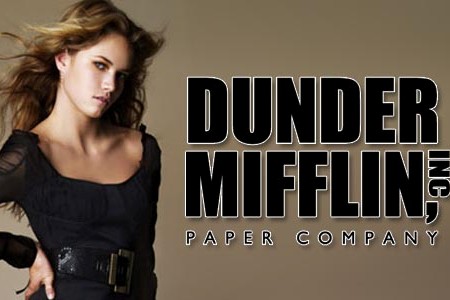 “We’re very excited to have found Cody,” exec producer and star Paul Lieberstein (Toby) told TVLine. “We’ve been searching for a love interest for Creed for a long time. So just sit back and get ready to be disgusted.”

SheKnows imagines that was a joke, though it is possible we’re in for a creepy May-December romance…

In the meantime, tune into The Office on NBC at 9 p.m. tonight, May 5, to see who Deangelo favors.