Dancing With the Stars frontrunner, Hines Ward, was involved in a mix-up that briefly left him handcuffed and held at gunpoint by Los Angeles police. Don’t worry, your favorite dancing machine did nothing wrong — it was a slight case of the oops! Read on to find out why. 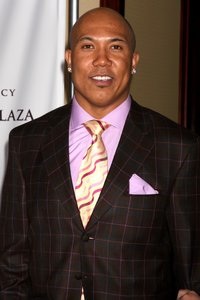 Dancing With the Stars contestant, Hines Ward, was briefly detained due to a report that the car he was driving in was stolen. Los Angeles police revealed that Hines Ward was “detained at gunpoint” but released shortly after they discovered it was a mix-up.

According to Sergeant Maria Morrison, the Pittsburgh Steelers wide receiver and a friend, who was a woman, were stopped at 1:30 a.m. on Thursday in North Hollywood. They were stopped for a very interesting reason: The car they were driving in, which belonged to the woman, was reported stolen!

Sergeant Maria Morrison explained that Hines Ward was removed from the car at gunpoint and then handcuffed.

The woman was able to prove the car was hers, but silly her, she remembered she did report it stolen but forgot to cancel the report once she found the car!

So, she lost the car and then found it? Morrison said the woman recently parked the car and after not being able to find it, thought it was stolen. She filed the report and ended up coming across the car later — but, oops, she forgot to cancel the report.

We’re not sure who this woman is, but police did confirm it was not Hines Ward’s Dancing With the Stars partner, Kym Johnson.

49 mins ago
by Bonnie Azoulay