We’ve known it was coming, but now Fox has made it official — Cheryl Cole will take the third judges’ chair on the X Factor! 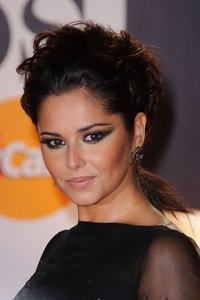 Fox confirmed singer Cheryl Cole will join Simon Cowell and Antonio “L.A.” Reid as an X Factor judge! With all the buzz surrounding Cole’s participation as a judge, the announcement didn’t come as that big of a shock — we’ve just been waiting for the official word from Fox.

“I’m thrilled for Cheryl. She is massively excited about this show, and has been fantastic to work with,” Simon Cowell said. “She is also a complete brat! Most importantly, this girl can spot talent.” Complete brat? Do we smell a bit of brother-sister bickering coming on?

Cheryl Cole isn’t a stranger to Simon Cowell, having worked on the U.K. series of the singing show.

“I just can’t decide whether I am more excited to find and nurture the talent or for the unbelievable amount of amusement and entertainment I will have watching Simon doing everything and anything he can to beat me. He’s tried to beat me for three years in the U.K., and hasn’t even come close. His ego must be so bruised. America is gonna love this,” Cheryl Cole excitedly revealed.

With three judges’ chairs down and one to fill, who will be next? Simon Cowell has been vocal about his desire to work with former American Idol judge, and friend, Paula Abdul. We’ll have to wait a tad longer to see if the deal comes through on that one.

The X Factor is gearing up for a fall debut and boasts a giant prize for the winner — a $5 million recording contract with Syco/Sony Music! Will you be watching?