It’s official! Prince William and Kate Middleton are set to visit California! Want to know when the royal couple is tapped to step foot in California? Read on to find out!

The Duke and Duchess of Cambridge are headed to California! Prince William and the newly dubbed Catherine Middleton, formerly Kate Middleton, are packing their bags and heading to the Golden State in July. 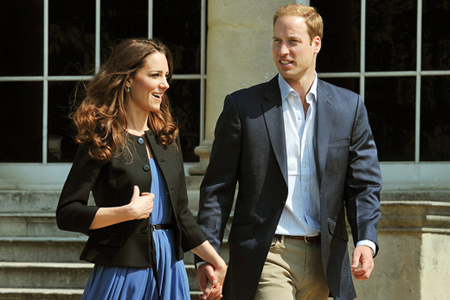 Clarence House confirmed the news on Thursday saying, “The Duke and Duchess of Cambridge will visit California, United States of America, following their tour of Canada in July this year.”

If you’re trying to catch a glimpse of the royal newlyweds’ protected itinerary — good luck. Details like whether or not they’ll spend time in Hollywood aren’t being released at this time. You’ll have to wait for their official schedule like the rest of us.

This will reportedly mark Catherine Middleton’s first ever trip to the United States! How exciting! Do you think people will still refer to her as Kate Middleton in the great state of California? It is hard to get used to the whole “Catherine” idea.

As for married life, Prince William and his new wife are settling into their Anglesey, Wales home while awaiting a future honeymoon.

Look for the Duke and Duchess to kick off their overseas tour in Canada on June 30 and then get ready, California, the royal invasion is heading for you next!

Who’s got royal fever even though the wedding has come and gone?