Glee is going on a nationwide tour this summer starting in May and if you can’t make the show or the Glee train isn’t stopping by your town, you’re in luck — Glee will come to you. Fox announced today that Glee Live! In Concert! will be made into a 3D movie experience pulling footage from one lucky tour city. 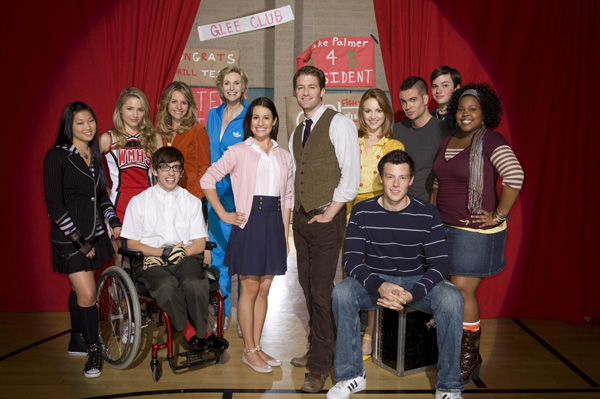 The film is expected to show both concert footage as well as capture candid moments before and after the show. All major cast members will be featured, but we’re sure Rachel Berry Lea Michele will somehow find a way to be in every frame. No worries Lea, some of us are just destined to be divas.

Glee creator Ryan Murphy is excited about the film as it keeps with the show’s motto of inclusiveness. “We knew that not every fan who wanted to attend a concert would get that opportunity. Now, thanks to our friends at Twentieth Century Fox Film, we’ll be able to bring the concert experience to movie theaters across the country in full three dimensional glory. We promise every passionate ‘Gleek’ a cinematic experience that will have them singing and dancing in the aisles.”

Asked about his reasons for the tour, Murphy said it was a way to give back to the fans. “This tour was all about going out and performing for our amazing fans who have supported our show from the beginning.” Fans of the show, lovingly referred to as Gleeks, have propelled the show into a major weekday must-see with numerous hit singles and a Christmas album.

No word yet on which lucky city will be chosen for the Glee 3D footage.