Britney Spears has been seen wearing what could be an engagement ring. Did Britney get engaged to her boyfriend Jason Trawick? A recent interview indicates maybe.

Britney Spears, 29, has been seen sporting what some are speculating is an engagement ring, and rumors are spreading like wildfire that Britney has gotten engaged to her boyfriend, Jason Trawick, 39. In an interview with Us Magazine, Spears was asked if she’d marry a third time, to which Spears replied, “Never say never!” 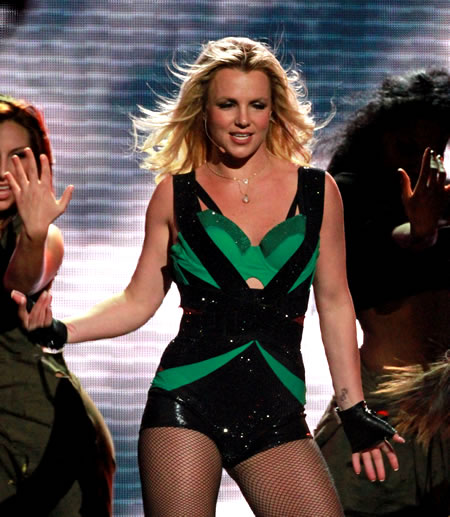 Yesterday, Spears was spotted in Calabasas, California, wearing a diamond ring on that finger. She was attending a Little League game in which her son Sean Preston, 5, was playing. Spears has a history of doing whatever she wants, but it’s hard to imagine that the pop star just so happens to be wearing what looks like an engagement ring while playing house with Trawick.

Last week, the singer’s spokesperson denied the two are betrothed, but these days publicists will say anything to keep upcoming nuptials private. Spears and Trawick have been together for two years, and Spears is preparing to embark on a world tour. What better time to tie the knot?

Of course, three marriages by 30 may seem like a bit much to some. Getting married to Trawick would put Spears in the running to be the next Elizabeth Taylor. Or maybe a guy like Trawick is just what Britney needs, a stabilizing force in her chaotic world.

Would you be excited if Britney announced she was engaged to Jason Trawick?