Jennifer Aniston’s ex lover, a lighting tech from the Love Happens movie, gives the inside scoop on what she is like behind closed doors. 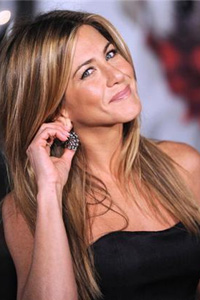 Brian Bouma may not be a household name like some of Jennifer Aniston’s previous ex-boyfriends (Brad Pitt and John Mayer, to name a few), but he is sharing with Star all the details of the movie star.

He said that Aniston “aggressively pursued him” on the movie set of Love Happens and prefers “bad boys.”

“She approached me,” he said, saying that Aniston made it clear she wanted to meet him only seven hours after seeing him on set.

He said that dating the Friends star “was an overwhelming experience. I just want to set the record straight, she’s not the person people think she is.”

He said that, despite the fact they didn’t last, he thinks highly of Aniston. “All that’s written about her being lonely is just ridiculous. I didn’t spend time with Jen because she was famous or successful. I’ve been down that road before. It usually means trouble with a capital T. It was because of the conversation that first time we spoke. She’s genuine, sincere and charismatic.”

So, what happened with their relationship? “I guess she just wasn’t that into me,” he told Star. “She did tell me that I was too ‘Mr. Pure.'”