The brother of Kate Middleton is embroiled in a royal scandal after nude photos surfaced! 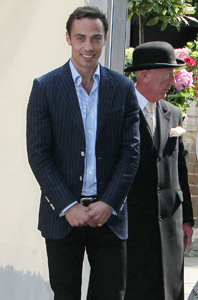 James Middleton, the younger brother of freshly-minted royal Kate Middleton, may become persona non grata at his in-law’s dinner parties after photos of him naked and in some rather compromising positions showed up online.

The photos, which you can check out via this Daily News article, show James Middleton in his underwear grabbing his junk, lounging in a chair totally naked with his bits covered by his hand, mimicking sex acts while wearing a French maid’s costume and lots of mooning. Lots and lots of mooning.

The photos appear to date back to at least 2008. James Middleton, now a cake designer and part time business development manager after dropping out of college, had a special role at the royal wedding where he read a passage from the Bible after Wills and Kate recited their vows.

Of course, we’re far more interested in his fabulous cheekbones than his skinny bum. 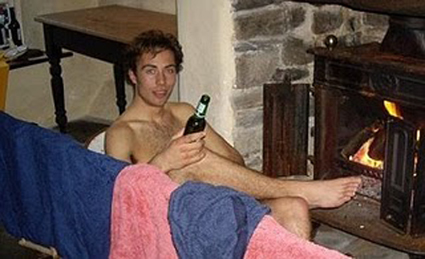 read on for more royal news